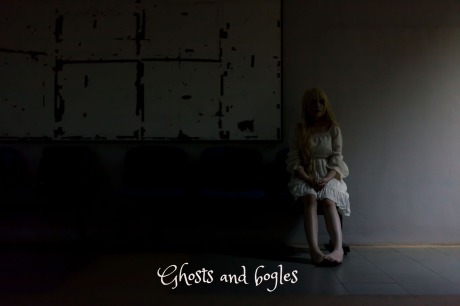 The Starving Spectre  of Spedlins 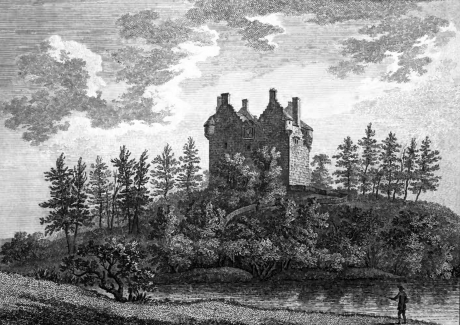 Arson and starvation are the key features behind the reasons for the supposed haunting of Spedlins Tower in Dumfries and Galloway. It is another legend that is given some more credibility as it has named characters and recorded factual events.

The owner of the lands and tower of Spedlins during the mid-seventeenth century was Sir Alexander Jardine. One of his tenants, a miller by the name of James ‘Dunty’ Porteous, had set his cottage or mill on fire (the reason he did so has not been preserved) and, having power of jurisdiction in the area, Jardine took Dunty prisoner and had him incarcerated in the pit prison of tower.

These chambers were well named for they  were dark, windowless dungeons, deep under the floors of a castle, and usually entered only by means of a trapdoor.

While Dunty was still in the pit, Jardine left to attend to some business in Edinburgh and was away for some time. Unfortunately for the poor miller, accidentally or on purpose, Jardine took the key to the door with him and also appears not to have left anyone in charge of the prisoner. Or possibly Jardine’s wife, Margaret Douglas, chose to ignore the fact that there was a prisoner who would cost money to care for and feed. On his return, Jardine found Porteous dead, having died of hunger – but not before the miller had bitten and chewed both his hands and feet. This was probably more of an attempt to free himself of his manacles than to assuage his hunger pangs. Porteous’s death has been graphically described thus: ‘... the dying man was so ravaged by hunger he had gnawed at his own hands and feet in the last throes of torment’.

But that was not the end of the story. Indeed Jardine and his family paid the price of his neglect – or maybe it was Jardine’s guilty conscience?

Whatever reason, it was claimed that Porteous’s spirit then started haunting Spedlins. Lots of different kinds of supernatural activity was reported: shrieking, banging, battering, a voice shouting, ‘Let me out ... I’m dying of hunger ...’

The Jardines tried numerous exorcisms but to no avail, finally after enduring several years of haunting, it seemed that Porteous’s angry ghost was eventually quietened when a bible was left near the door to the dungeon. The family then also decanted to nearby Jardine Hall, a far more comfortable residence – even without the unfortunate bogle.

If the bible was moved, however, the ghostly activity would start up again. In 1710 the bible was taken away for repair and it is claimed the ghost then pursued that particular generation of Jardines in their new family mansion. The laird and his wife were thrown out of their bed and other sorts of commotion occurred – until the bible was replaced.

Once Spedlins Tower became ruinous, rumours began that the spectre of a tall man with white hair and no hands, had been seen in what was the basement or dungeon of the tower. There were also reports that if sticks were put through the door to the prison, the bark would be stripped and chewed, as if the ghost had tried to eat them.

Jardine Hall was on the opposite side of the River Annan from Spedlins, but the family finally sold up and left, and after the mansion had been used as a school for a few years it was completely demolished in 1964. Spedlins Tower, however,  has now been restored and reoccupied, but there have been no reports of further supernatural activity.

The bible no longer rests at the entrance to the dungeon at Spedlins, but seemingly the Jardines kept it for generations (a bible from Spedlins, and dating from 1540, is now preserved in Dumfries Museum and Camera Obscura) presumably just in case Porteous decided to come after the family again, wherever they were – or are ... 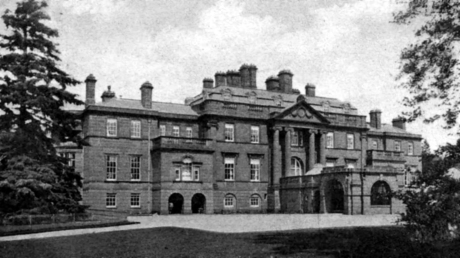 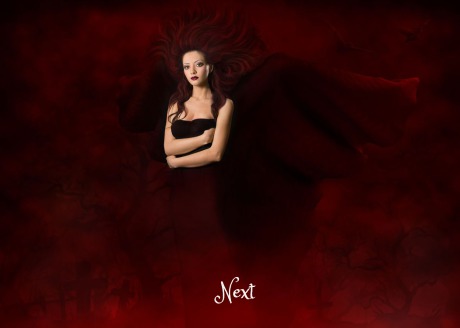