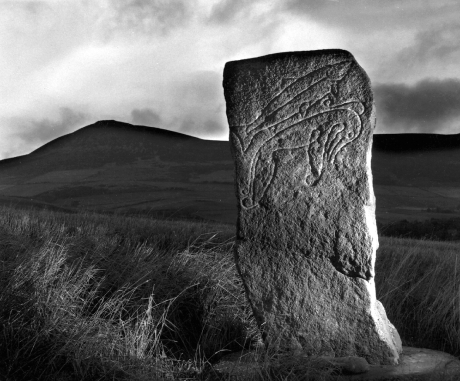 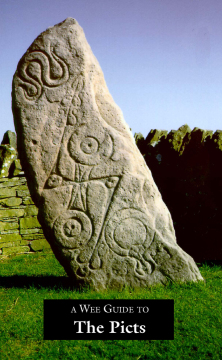 In field beside A97, just S of Rhynie, 10 miles S of Huntly, Aberdeenshire

Known as the Craw Stane, this large monolith carries a salmon above a Pictish beast. Seven other carved stones have been found in the area. Two are now located on the village green, one carrying a double disc and z-rod, now almost invisible; and the other showing the remains of a figure holding a spear. Two more have been set up at the entrance to the graveyard: one carries part of a double disc and z-rod, a crescent and v-rod and a mirror; the other bears an animal head beside a vertical double disc and z-rod above a mirror and comb. Two others, including Rhynie Man, were moved to the Aberdeenshire Council Offices. The seventh, which bore a Pictish beast, a crescent and v-rod and a mirror, is now lost.