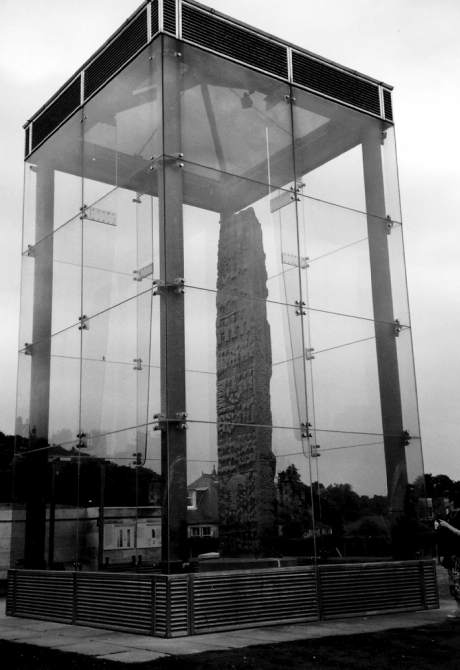 At over 6 metres high, this is one of the most striking examples of Dark Age sculpture anywhere in Britain, and was probably carved around the 9th century. The west face is dominated by a huge ring-headed cross, filled with and surrounded by a mass of complex interlace designs. Below the base of the cross, two men bend over a seated central figure, while two smaller figures in the background appear to give benediction. The back of the stone bears 98 separate figures, and although those at the top are worn, all are still plainly visible. The scenes obviously show a battle and the aftermath; depicting fighting, flight and pursuit, headless torsos and lines of bound prisoners. The edges of this thick slab are decorated too, with intertwining foliage, animals, people and monsters.

It has been suggested that this massive stone marks the end of the Pictish period, that it represents a final battle and the triumph of the Scots (although it has been suggested it may commemorate a victory over the Vikings). The seated figure below the cross is said to be Kenneth Mac Alpin – perhaps with the two figures representing Picts and Scots now unified in one king. This is certainly plausible; whatever important event this stone commemorates, it must have been literally monumental.

NOTE: Open all year – stone is enclosed in a glass case for protection – viewing may be difficult in wet weather 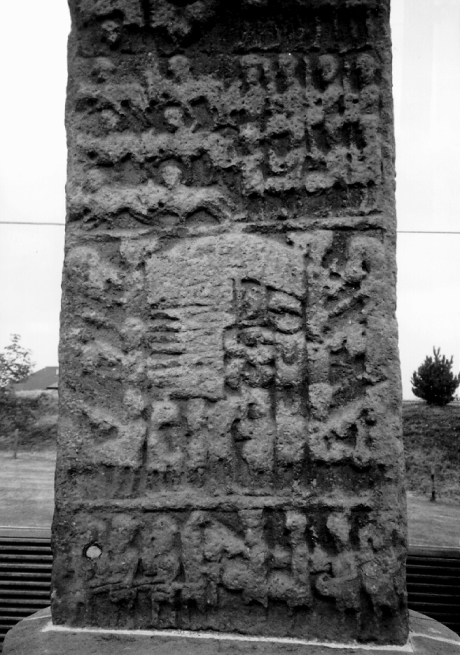