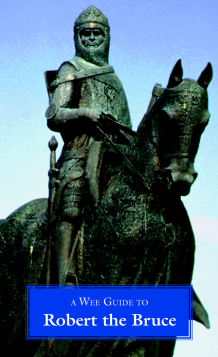 Robert the Bruce – Robert I, Scotland’s 14th-century warrior king – freed the nation from harsh English domination, although he had been a hunted fugitive.

This book covers his stirring life and times, describing andd explaining the dramatic events of the Wars of Independence and the monumental Battle of Bannockburn.

Details of opening and facilities are included in the thirty places to visit. With many maps, battle plans and photos, this book is accessible, exciting and entertaining.

The Fight for Independence

A King of Scots

The Return of the King

Into Ireland and England

The Declaration of Arbroath